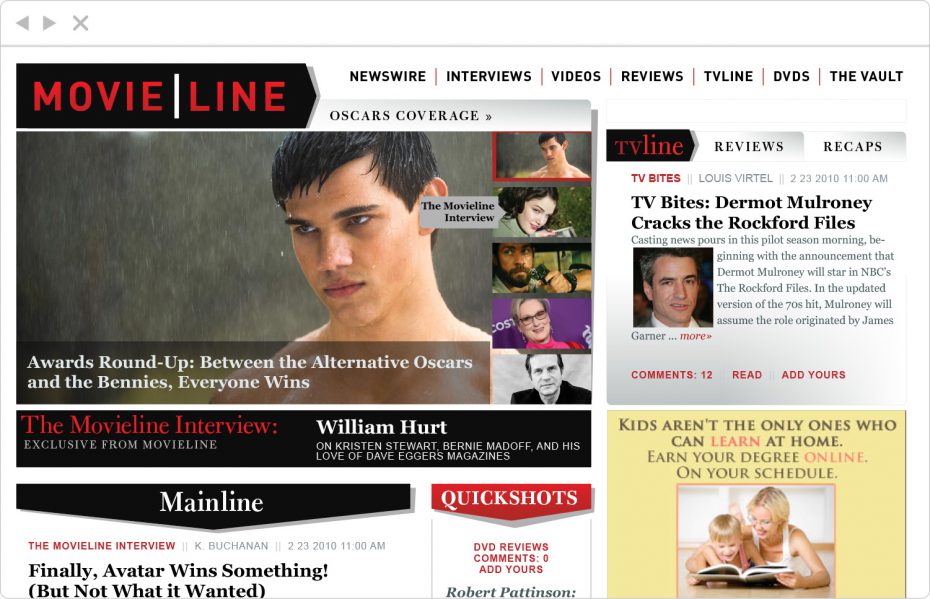 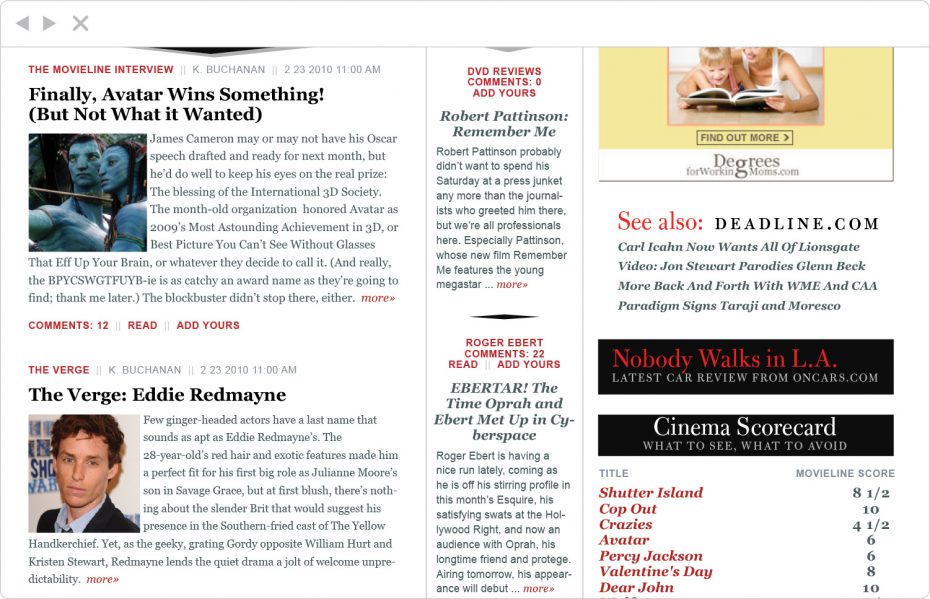 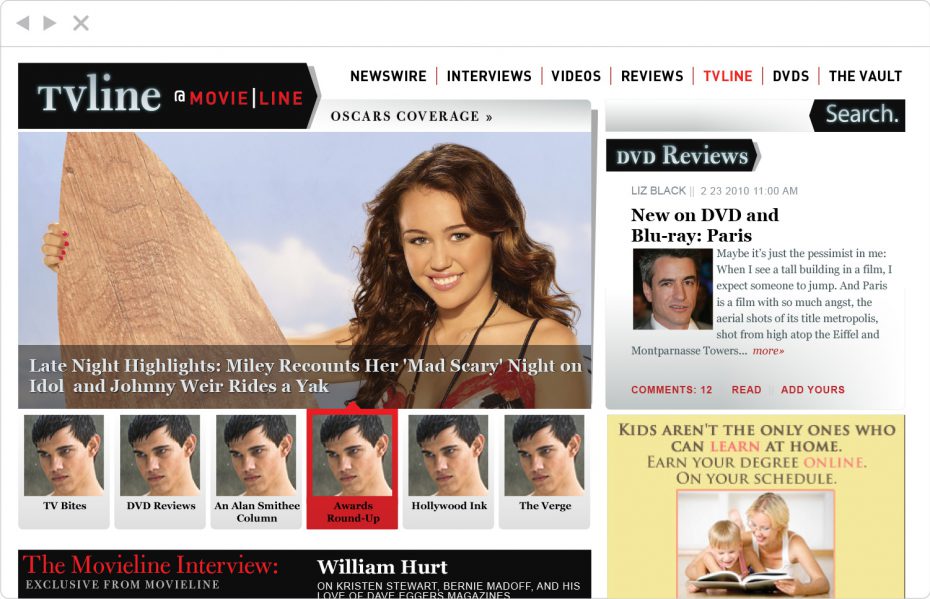 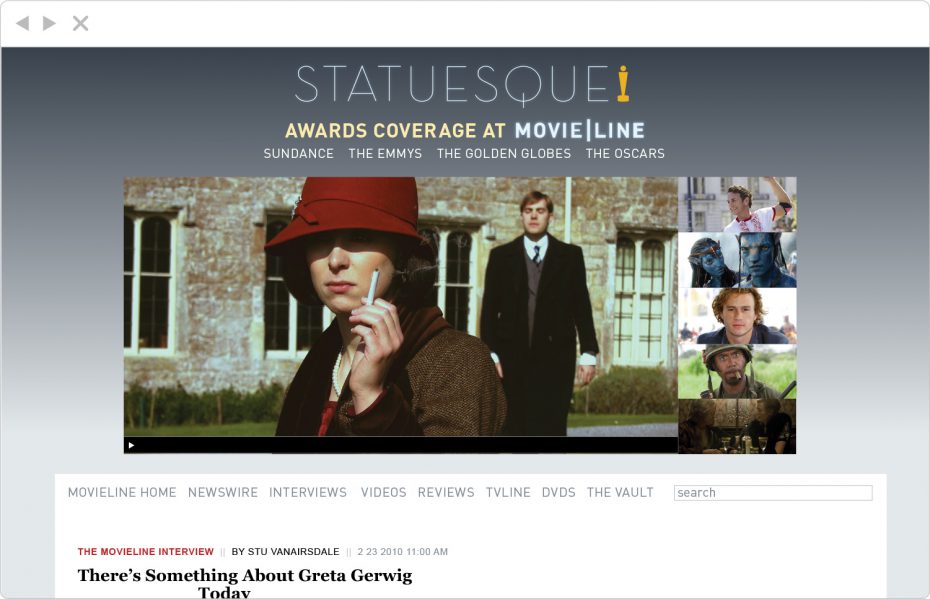 In the 1990s, Movieline was a widely-loved source of snark-flavored film journalism. In 2010, PMC Media bought the brand and commissioned us to bring it back from the dead, for which we built a CMS and interface to bring its flavor of journalism into the 21st century, with art & tone direction for each day’s posts and photography. The site featured a daily-changing suite of features, thoughtful film reviews, analysis of film technology and direction, and several live events celebrating upcoming talent.