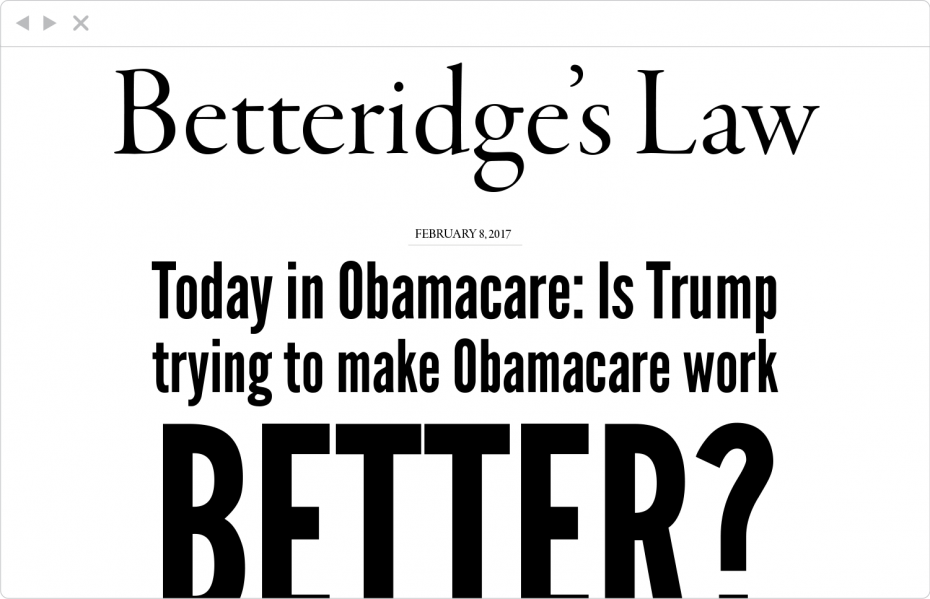 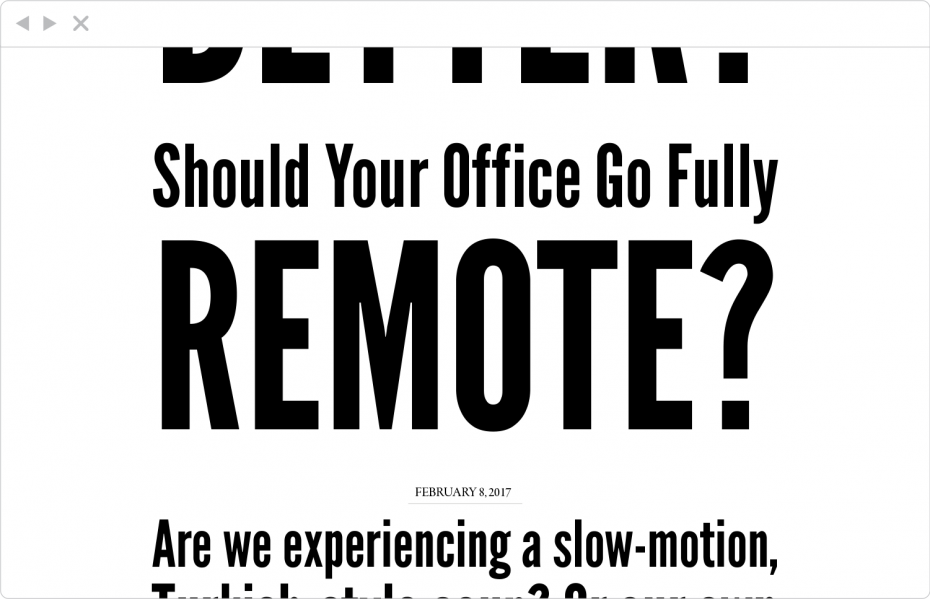 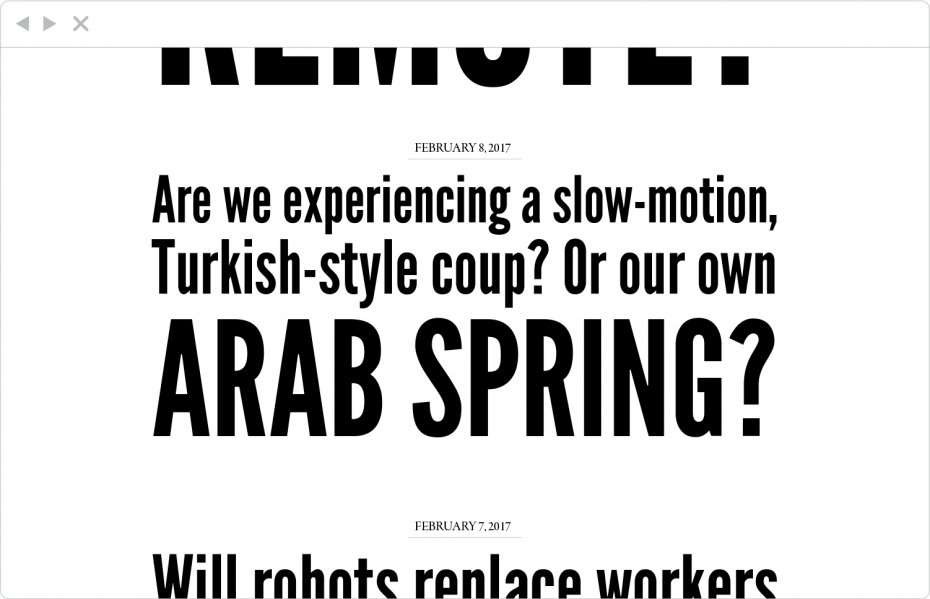 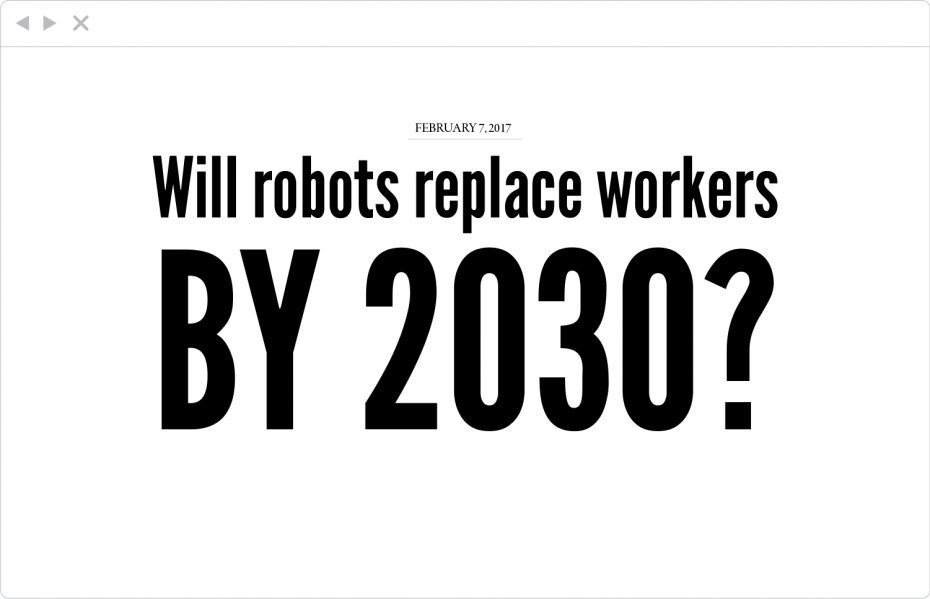 “This story is a great demonstration of my maxim that any headline which ends in a question mark can be answered by the word “no.” The reason why journalists use that style of headline is that they know the story is probably bullshit, and don’t actually have the sources and facts to back it up, but still want to run it.”—Ian Betteridge, 2009.

Betteridge’s Law is a personal project which grew out of Su’s amused boredom with journalistic exaggeration. The site does one thing: list the headlines (with links) that can be answered with “no.” By doing so, the site points out writers & publications who are practically lying to their readership. Maybe also treating them a little like they’re stupid.

This site’s a simple one. It’s built in WordPress, displays content reverse-chronologically like a blog, and is designed to automatically create urgent broadsheets out of every page. The typography automatically sizes itself to fit the body column, and the last line is capitalized. It’s an exercise in proving how form can exacerbate fake meaning.